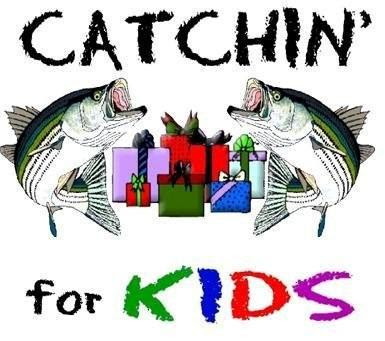 Each year, Catchin' For Kids holds two tournaments in the Tidewater area here in Virginia.  The most notable being the annual Rockfish Tournament held the first weekend in December, but the other one, the Angler's Club Challenge held in August, is one where the area's best anglers form teams to compete against one another in fifteen different fish divisions with points awarded to the top three fish by weight.  The Tidewater Kayak Anglers Association fields a team each year and competes against the other powerboat-based teams.  Over the years, TKAA has steadily improved its game and in recent years has put the boaters on notice.  The first year I participated was 2012, and we finished in fourth place.  In 2013, we blitzed the field and tallied the largest single points total in the history of the challenge at 32 points, with four category sweeps and pointed fish in several other species categories.  In 2014, we followed up our previous year's win with a second place finish, and we proved a point that we were a team to be reckoned with.

This year would prove to be no different in that we were there to compete.  What most of the competitors hadn't planned on was the weather.  Well, Mother Nature threw everyone a curve ball with winds gusting to 30+ all over the region, and rain thrown in just for good measure.   The majority of the target species on the list were now mostly off limits for the power boaters in the interest of safety.  Species like cobia, spanish mackerel, and king mackerel.  Even the spadefish, sheepshead, triggerfish, bluefish, flounder and sea bass were mostly spared on this day due to the tough conditions around the inshore wrecks and bridges.  Our very own "bridge" crew contemplated braving the conditions, but erred on the side of caution and tackled a local inshore spot instead.  This crew is known for jaw-dropping weights turned in each year for their sheepshead alone, so you know it was a tough pill to swallow for them.

I was a part of a four-man team assigned to the Eastern Shore.  We chose a spot that is known for a variety of species to give us the best chance at contributing points to the team total.  When we launched, we had a planned a two-pronged attack. Ted and Mack, the flounder whisperers, chased the flatties, while Tom and I targeted some of the smaller species on the list, namely spot, croaker, and roundheads.  We fished hard through the cold rain and strong winds, but managed to land several fish that made weight at the weigh in.

Throughout the day, we all caught a variety of fish, some worthy of keeping, others just bycatch providing a tug on the end of the line.  Some of the bycatch included: baby sea bass, several houndfish, small bluefish, a blowfish, oyster toads, a pinfish, some fat grunts, and a couple silver perch.  While those were mostly unwanted, our team managed to catch six points earning fish and seal the win for TKAA for the second time in the last three years.

The end of the day includes raffles and some ceremonial asides with various contributors. The food at the event is always a hit and is a nice way to finish the day.  The ultimate winners are the kids themselves, but it's still nice to compete and represent the kayak angling community.

It just goes to show you that if you fish hard and stay focused, you never know when your contributions will be the difference! 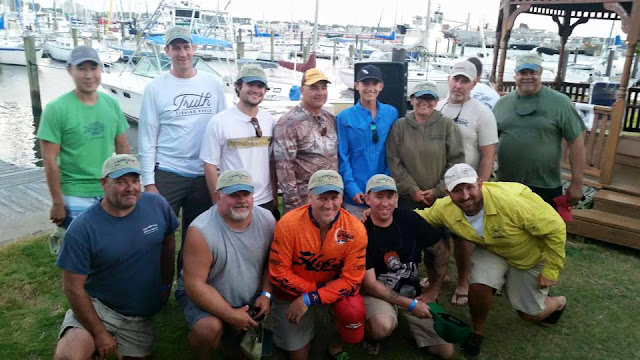 It truly was and still is an honor to fish with these skilled anglers in a format like this!  I'm proud to have these anglers as fishing companions, but even more so to call them friends!