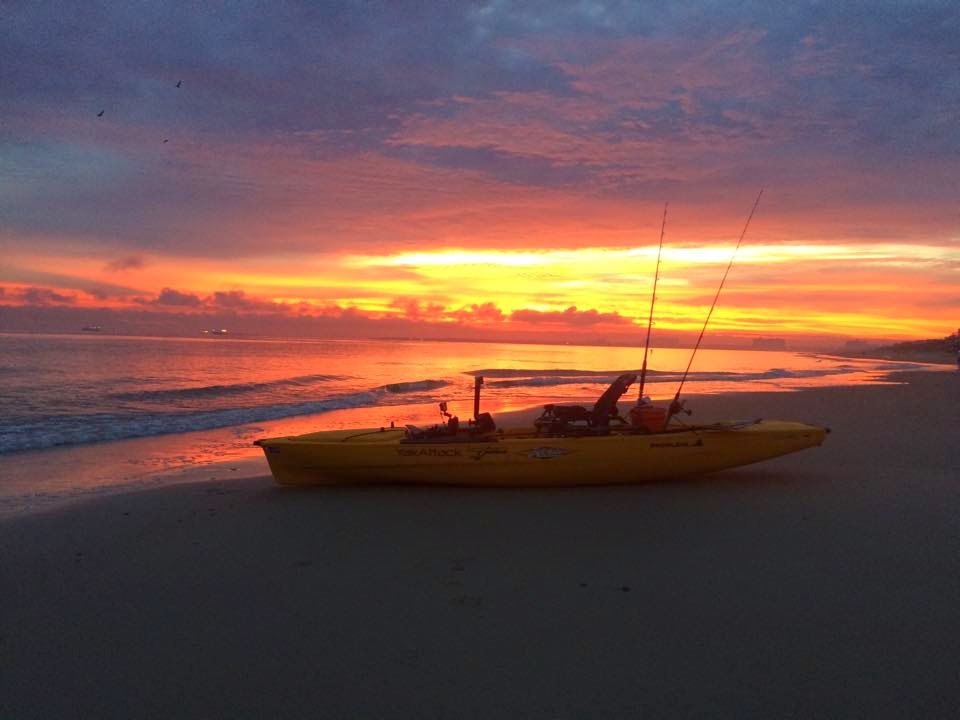 As of late, I have not had a chance to get on the water as much as I would have liked to, so I apologize to those of you that follow my adventures.  I had longed for the chance at a bull red, but my spring schedule didn't afford that opportunity.  The fall run would be my last shot for the year until next spring.  I ended up getting two chances - the first trip was at the Chesapeake Bay Bridge Tunnel, and the second off of Sandbridge.  Both times I launched at first light and spent a good portion of the day with two rods deployed, but neither trip resulted in the big red I have longed for.  Although I blanked on both trips for that elusive big red, I did manage to catch my first trigger while bait fishing for spot and croaker. 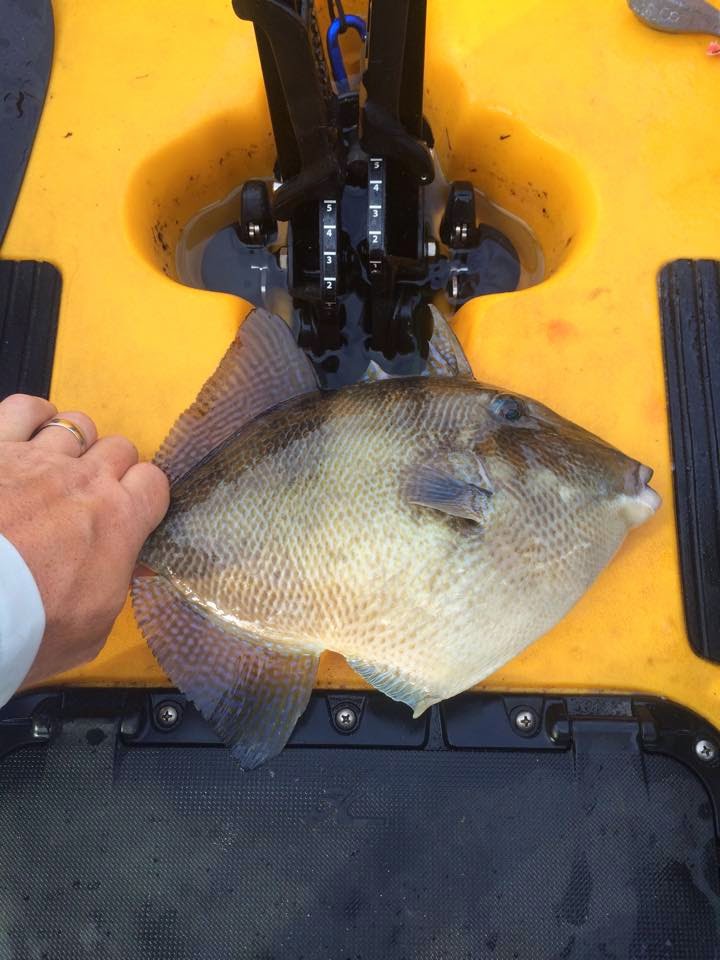 I was using two combos for these outings.  The first was the new Release Reels SG combo I won from Boca Bearing with a live croaker on a standard fish finder rig, and the second was my Bull Bay Rods custom heavy/extra fast flipping rod for jigging a PowerTeam Lures Swinging Hammer.   I was joined a little later by Jay Brooks and was front and center for him catching a beastly red.  You can check out the full report on "Change Up" here: Jay Brooks Fishing.  A little later, Kayak Kevin showed up, and he caught a nice red as well that I sat and watched.  I still managed to bring home that trigger, and the nice 19.5" flounder Jay had caught for dinner later that night. 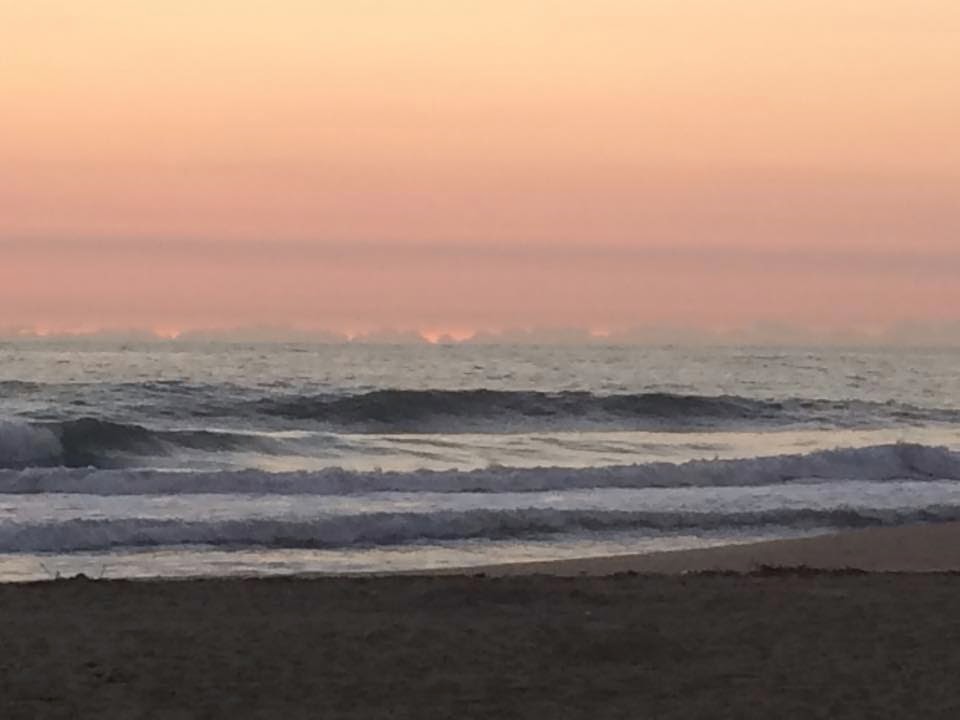 Later in the week, I decided to give it a shot off of Sandbridge.  When I launched, the breakers were rolling in at about 3' in the surf area making the launch a little sketchy.  It took a few minutes to break through, but I finally made it out albeit dreading the return trip to the beach.  Once I was clear of the surf zone, the ocean swells were easier to manage and made for a peaceful drift as the sun eclipsed the horizon. I spent the first hour or so trying to find some bait to use for the big reds that had been reported in the area, but all I could find were small croaker in the 6" range.  I finally managed to find an 8" one and quickly baited him and dropped him in the zone.  While I didn't get that red I was searching for, I did manage to break in my new SG on a decent sized skate using the croaker I caught.

As the morning rolled on, the seas continued to build in advance of the upcoming storm.  I had hoped the seas would settle a bit as slack tide moved in but that never happened.  While I was fishing, I noticed the surfers had shown up and were paddling out.  I checked the radio one more time and realized I had made an error in judgment leaving shore.  The seas were forecast to build even more as the day wore on from the 5-7 foot rollers I was riding to a wave height of 8-12 feet.  When the surfers told me they were waiting for the larger sets, I began to worry to be quite honest.

I decided to head in, but I first stowed everything I could in the lockable storage beneath me and in the front hatch.  I secured my rods in the horizontal rod holders and bungeed them down.  The only items left out were my dry box and my Hobie soft-sided cooler.  As I waited for the right moment between sets, I felt uneasy and a little unsure of myself.  I finally saw a break in the sets over my right shoulder, so I stood on the pedals of the Mirage Drive and made my move into the washout zone.  I thought I had it timed right until I felt the Pro Angler lift and start to teeter.  I had failed to take into account the breakers coming from the left.  The left hand swell hit me as I was riding the crest of the the right hand wave.  In an instant I was launched out of the PA and directly into the surf zone about 20 yards from shore.  The next wave rolled the Pro Angler right on top of me.

This is not a situation I recommend for others to try.  I managed to grab the front handle of the PA and take a quick visual scan of my situation.  I was afloat and uninjured, and I could see my paddle, the YakAttack Dog Bone camera combo, the dry box and cooler floating in the surf.  I wasn't in trouble, but I was still stuck in the turbulent surf zone.  I maintained my composure and rode each breaking wave closer and closer to shore.  When I was about 10 feet out, a beach goer came to my aid and helped me drag my PA out of the surf.

I thanked him and righted the PA.  The few items that had been launched out of the PA were easily recovered, albeit a few items short from my dry box.....all my hooks, sinkers and jig heads.  Other than that, I didn't lose anything of value, and I managed to not get injured.

Lesson learned - the quest for a citation fish is not worth causing damage to yourself or risking your life.  Next time, I will make a better decision and choose safer waters.

Posted by Hanover_Yakker at 6:37 PM No comments: