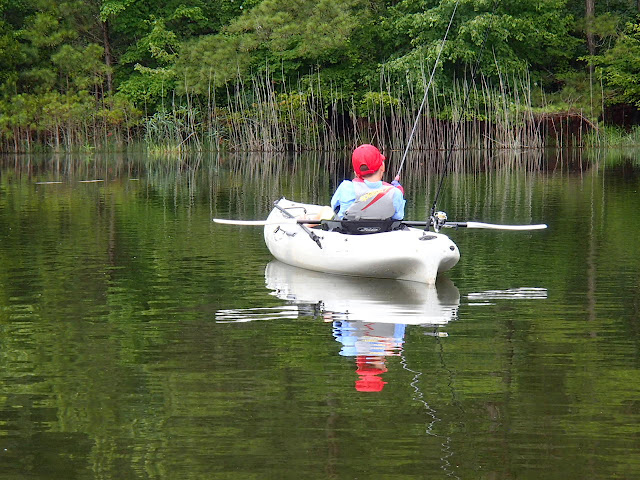 There is no greater sensation of pride in a father than seeing his own son succeeding using the techniques and teachings passed down over the years.  My son and I participated in a Heroes On the Water mini-event this past weekend where we helped a local veteran out by taking him out for the day and putting him on some fish.  That in and of itself was fulfilling in its own right, but my son's day on the water was the icing on the proverbial cake.

In the past, my son has lost patience when fishing for bass and the bite is slow.  I sent him out in our new Hobie Quest 13 armed with a YakAttack 8' Parknpole and two Bull Bay Rods - one rigged with a 5" PowerTeam Lures Finicky Tickler and the other rigged with a PowerTeam Lures Jacked Whacker jig head and a Sick Stick.  After a few minutes giving him pointers on how to work each lure and showing him what each lure looked like underwater when worked, we ventured into a protected cover where our good friend Chip had told us there were fish.

We made our way into the cove and proceeded to stake out and work the area slowly and methodically.  He spotted a tree limb sticking up in the shallows and knew there was a good chance at a fish being nearby.  He cast the Sick Stick near the shore and slowly twitched it and let it fall, a couple more twitches and the fight was on.   He worked the feisty bass away from the cover and got him into the kayak.  I myself was in the middle of photographing my own fish, but I put the fish on the FishGrip in the water and made my way over to him to help him. 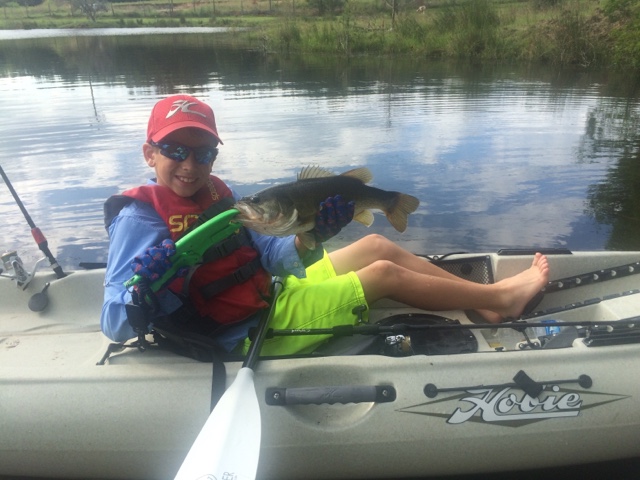 Little did I know that my son had just caught a nice chunky Largemouth Bass that would end up measuring out at 17 3/4" for his new personal best! 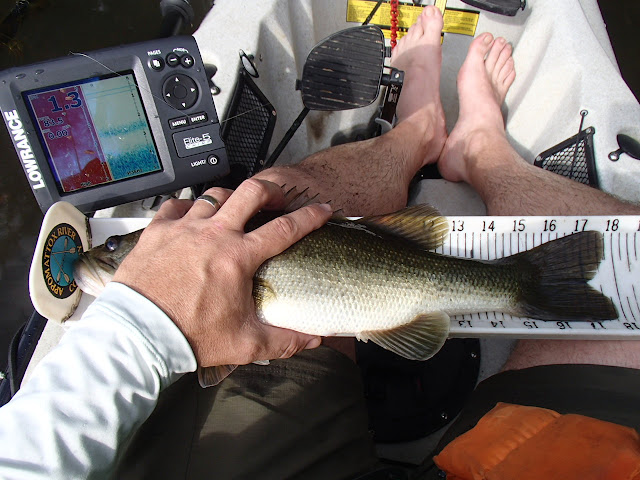 The winds were up for most of the day with a storm front moving in later in the afternoon.  We spent the day working every type of contour change, lay down, rock pile and grass line we could find.  The bite was tough and only got tougher as the day wore on.  At one point, the winds were so strong, I had to move us into some shallow flats, so that my son could stake out and wade for a bit. 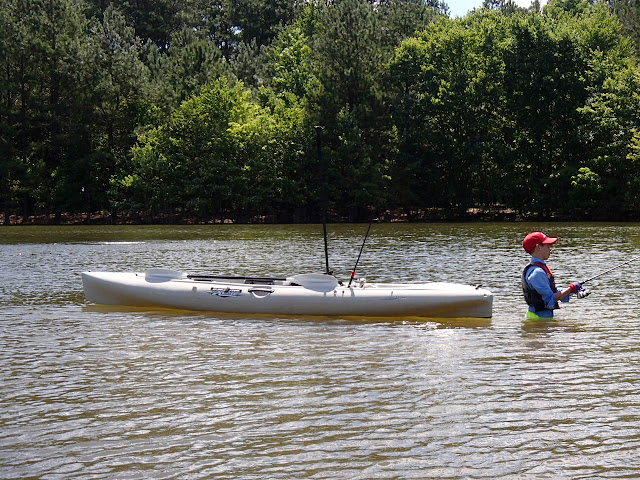 Even though the bite was slow, he had a few bites that came unhooked as he attempted to put the fish in the boat, including his last fish of the day that was a feisty chain pickerel that was easily over 20" that spit the hook as he was lifting it into his foot well.  All of us saw him fighting the fish and can attest to the size of it.  He was bummed, but we all encouraged him letting him know that chain pickerel are notorious for that!  He only managed to get two bass for pictures, but it was a success in my book. 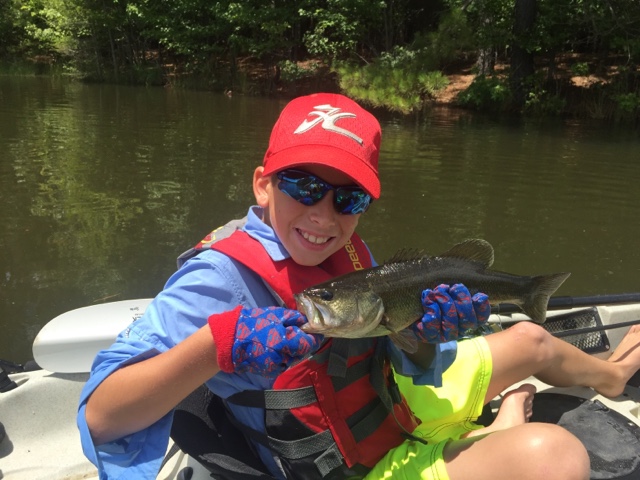 My son fought through the doldrums of the slow bite, kept his focus and caught fish by staying persistent and determined through it all. 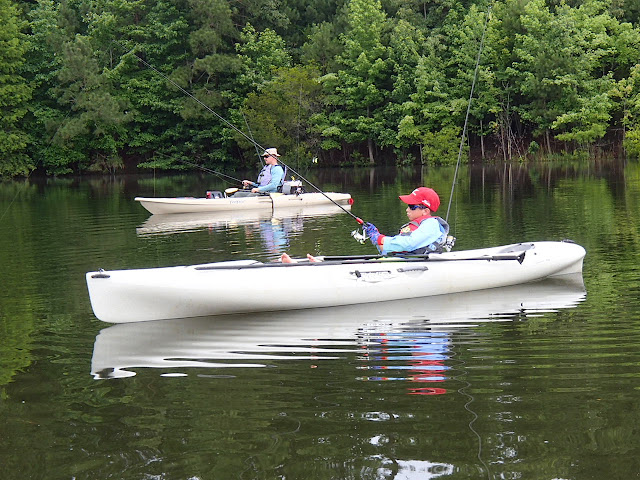 At the end of the day, I was further elated to hear my son utter a simple phrase before he nodded off for the long ride home....

Posted by Hanover_Yakker at 6:52 PM No comments: