Had the day off from work, since my company honors Veterans Day as a company holiday and paid day off! I only had about a four-five hour window to fish due to other commitments later in the day, so a pre-dawn excursion was in order.  Made my way to the lake and headed out to a spot after some discussion with a fellow Hobie Team member. 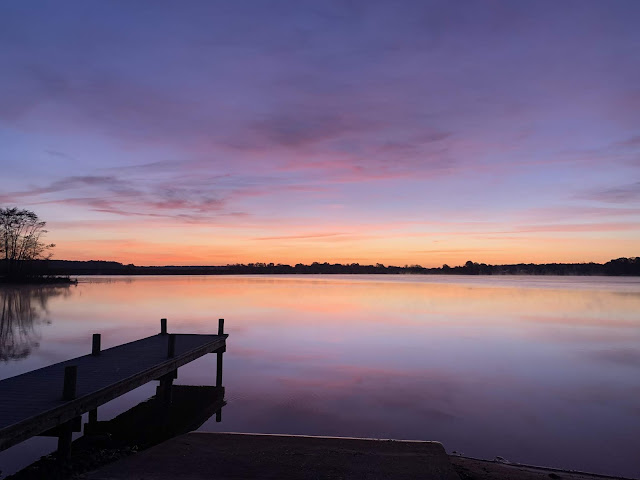 As I arrived at the launch, I had to pause and take in the early morning sunrise that was unfolding before me.  Truly an amazing sight to see.  As I unloaded all of my gear and prepared to launch, the sun had crested the horizon and yet another astonishing scene laid before me. 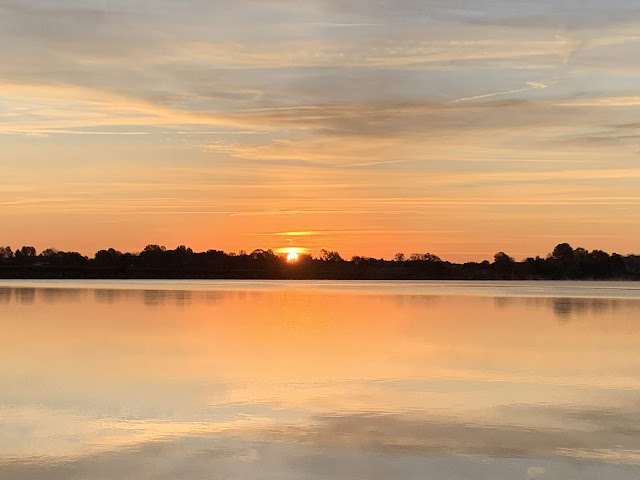 I made my way out to my first spot and worked the area over from top to bottom as best as I could with the little gear I had brought.  I saw a surface swell and thrash of a bass attacking bait, so I grabbed the topwater rod and cast in the vicinity and was rewarded with an almost immediate strike - not a bad way to start after being in the spot for all of 15 minutes. 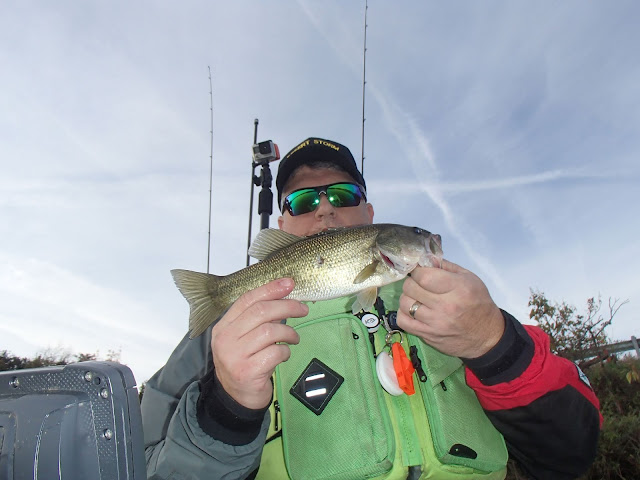 I had a 3-pronged arsenal today - topwater, mid-level and bottom but all moving baits given that the water temps were still in the mid 60's.  I kept at it, casting in and around this spot for the first three hours of the day, but no more fish were found.  I decided to fish my way back to the launch given that I only had two more hours left.

I made my way into a shallow cove with exposed timber and was rewarded with another topwater strike, right in the nook of an exposed root ball, albeit another juvenile largemouth.  But still a landed fish is better than no fish I always say. 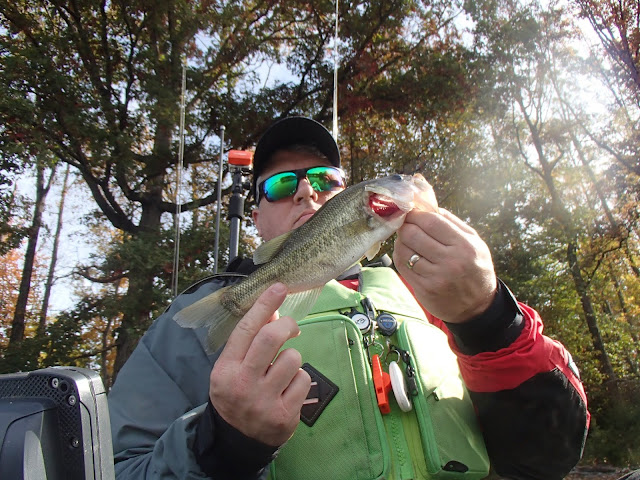 I kept working any structure I could find and was rewarded with my third and final largemouth on the day, yet again, a proud serving member of the juvenile bass brigade made a cameo appearance. 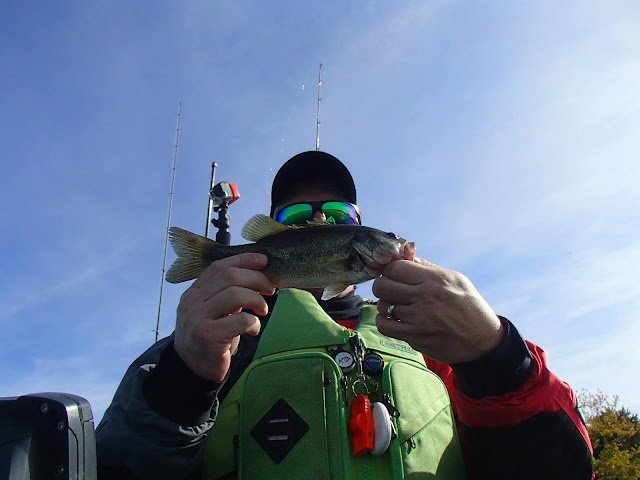 I missed a few others in the same area, but from what i could see, they were members of the toddler class and had no business attempting a strike at my lure 😂😂.

While not the best day for size and numbers, a day on the water is never a bad thing.  As I look back on the day, my plan to use moving baits may have been my downfall today.  As I was heading to the lake, I noticed two things.  One, when I left my house, the weather forecast indicated a chance of rain. Second, as I was driving, I noticed all of the cows along the way at the nearby farms were all laying down.

Hindsight is always 20/20 they say, but I'll chalk it up to another lesson learned for this popular and highly pressured lake.  Looking forward to coming back again and giving it another shot.

In summary, here was today's arsenal:

Lastly, as if the day couldn't be any more perfect, a bald eagle soared over head and watched me as I pulled away. Maybe that was his way of saying thank you for my service.  I say thank you for giving me a reason to serve!

Tight lines! And remember the 120 degree rule - if the combined water temps and air temps are less than 120 degrees (especially with water temps below 60) then you should be wearing proper cold water protective gear! 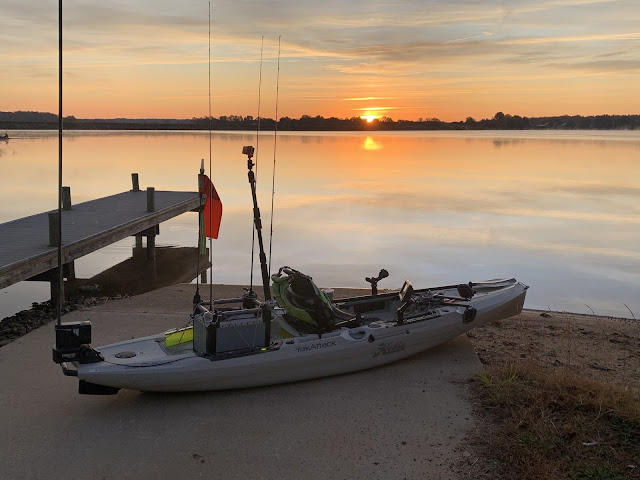 Posted by Hanover_Yakker at 4:30 PM No comments: