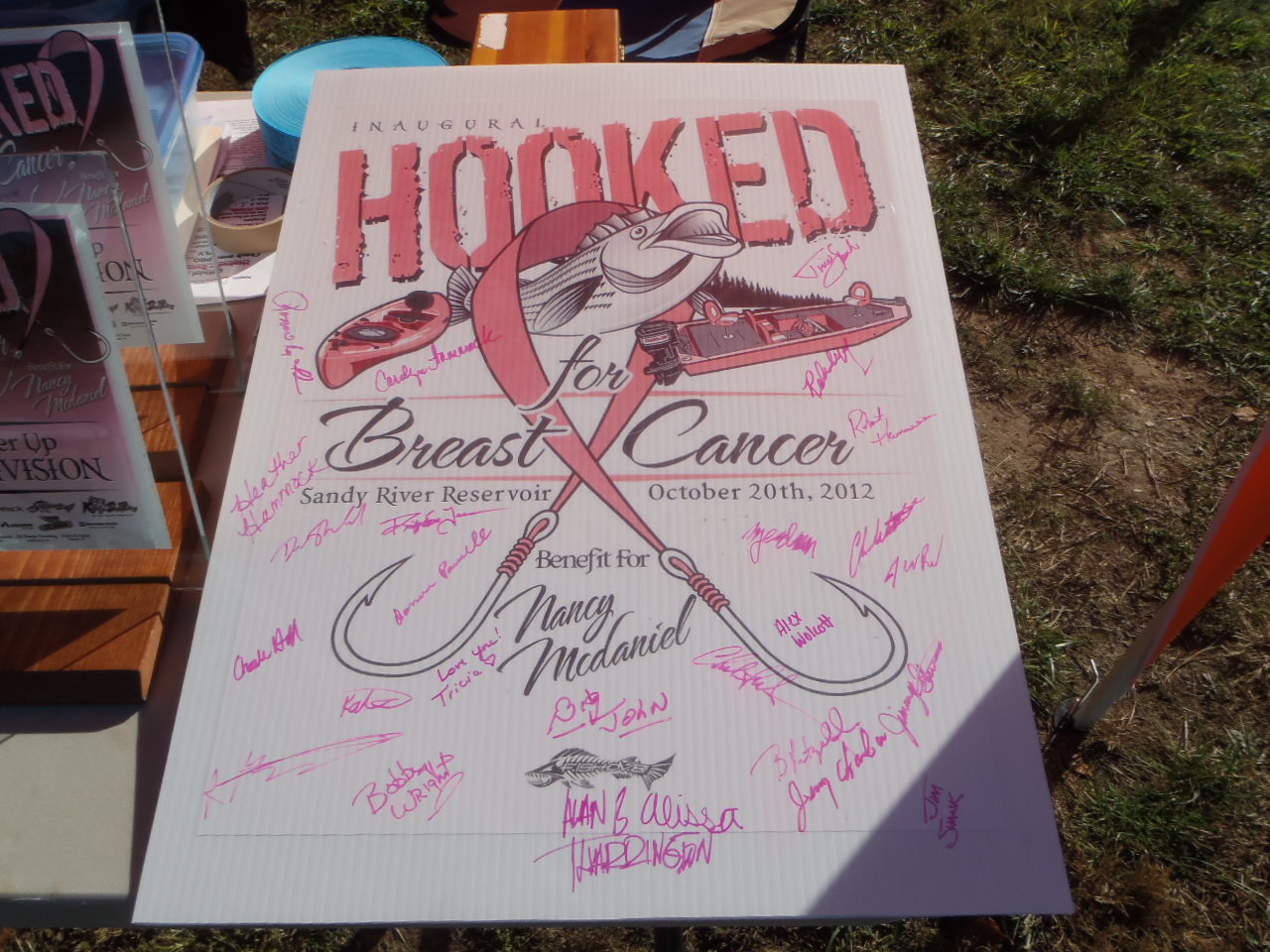 Today was the inaugural Hooked for Breast Cancer fishing tournament at Sandy River Reservoir to benefit Ms. Nancy McDaniel.  All proceeds from the tournament were donated to help the McDaniel family offset the growing costs of treatment for Nancy. 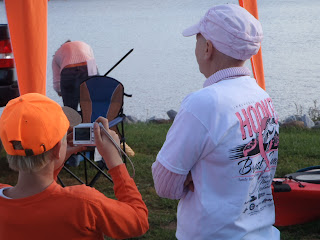 The day began at O dark thirty....literally.  Participant sign in and registration began at 0530 in the morning.  Safe launch was at 7:15 once thsun has risen far enough to burn off the lingering haze over the water.

After a tournament briefing and the rules by the benefit organizer Robert, we all launched and headed out.  The CPR (Catch, Photo, Release) Division was reserved for the kayak armada that descended upon Sandy River this day.  At last count, there were 10 anglers out and about chasing largemouth bass in hopes of returning to the check-in to register their three largest fish on the day.  The rules were simple: all bass 12" or over were eligible to be entered, with all bass over 16" recorded for DGIF data.

I pedaled out across the lake on a glass-like surface with nary a soul around me, since the power boat portion of the tournament had long since motored out to their preliminary spots.  As I was heading out, I spotted an appealing looking cove with some exposed trees.  Sandy River was approximately three feet below normal, so the normal target areas had changed drastically and forced the anglers on this day to choose their target areas carefully.

I opted for three presentations today and promised myself to work them thoroughly and have faith in my decision.  I chose: a top water frog, a finesse soft plastic worm and a new bait for me, the Alabama Rig (albeit a small 3 headed casting one not like the monsters seen on the FLW and Elite Series Tournaments).  My first cast was at 7:30am, and I had my first fish in the boat at 7:34am.  Within the next 35 minutes, I would boat a total of 4 fish all on the topwater frog with only one of the fish measurable.  Not a monster at all but a measurable fish is recorded regardless, so the 12" bass was photoed and released. 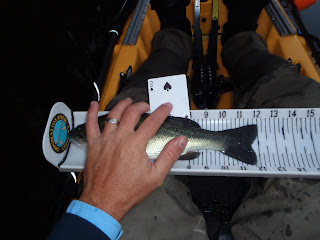 I moved on to the next cove thinking I may have the start of a pattern for the day.  After two hours of dissecting each cove along the way out to my primary location, I landed four more fish again with only one measurable - another 12" monster!!! 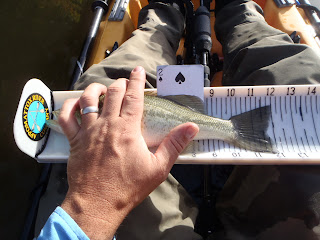 As the morning wore on, the top water frog bit was losing ground to my preferred bait for the day - the finesse soft plastic.  I worked every nook and cranny at each laydown or exposed tree trunk I found - nothing until shortly after lunch when the action heated up for a period of five minutes right at 12:30pm.  I decided I had wasted enough time chasing laydowns, so I moved back into the standing timber and found a spot that looked appealing. 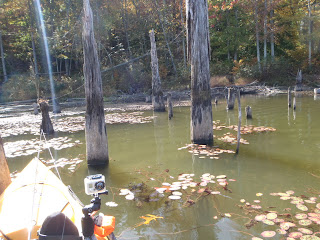 I worked the area around this location first, then turned the Hobie around and faced the now gusting winds.  This is when I landed three fish over the course of the next five minutes with every cast getting hit from the same tree stump.  I had a couple of nice ones come unbuttoned, but of the three landed two were measurable and larger than my previous ones. 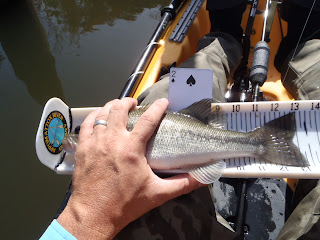 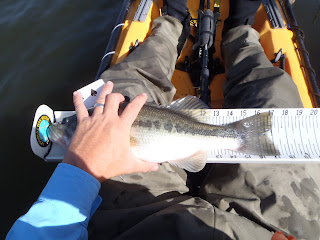 By now, the fishing window was closing, and the winds were not relenting, so I headed back in making the long trek back.  I made it back with time to spare, so I took time to capture some of the reasons why we were there for the day..... 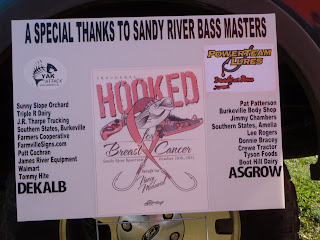 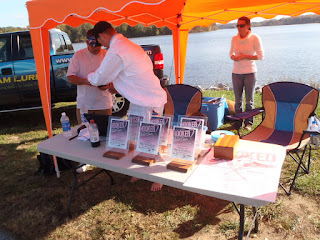 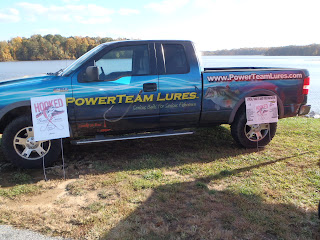 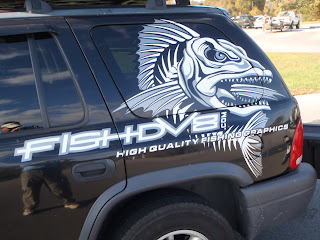 Third place in the CPR Division went to Derek with a total length of 37" I believe.  He received a $100 PowerTeam Lures gift certificate and a 6' YakAttack Park-n-Pole 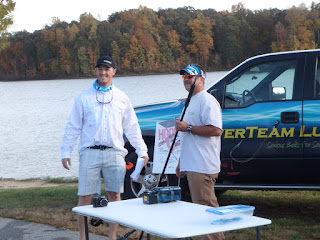 Second place went to Jason (his first tournament by the way) with a total length of 40".  He earned a FishDV8 custom award plaque, a $150 PowerTeam Lures gift certificate and a YakAttack Kayak Starter Pack that had some GearTracs, and a YakAttack VisiCarbon Pro safety flag and light. 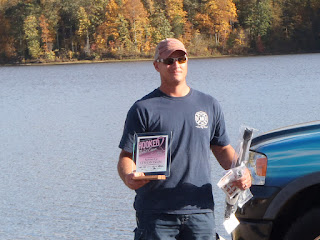 In the end, the length of the three fish I entered totaled 42.5" and was good enough to earn 1st Place in the CPR Division. 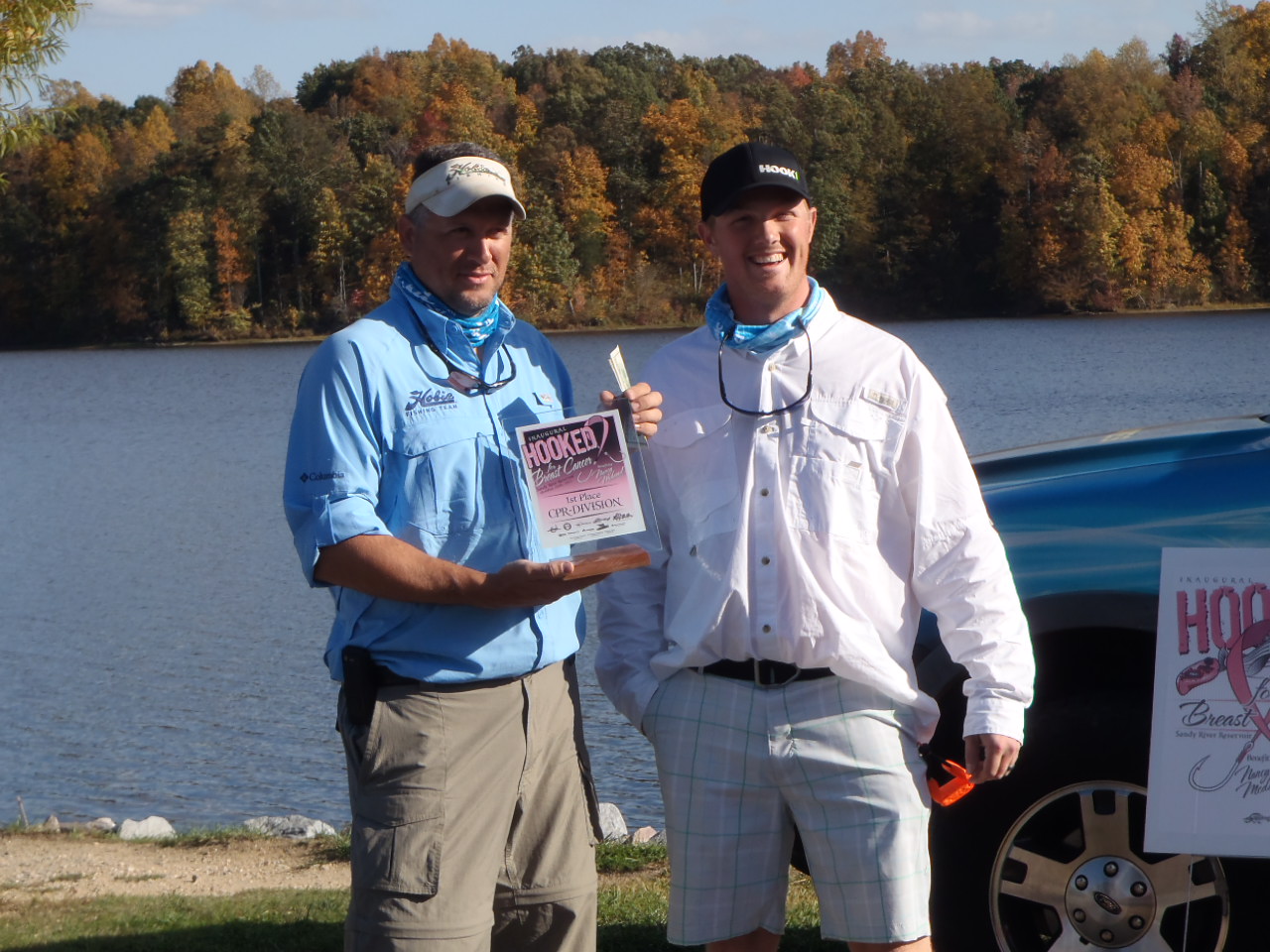 My prize package included a Fish DV8 custom plaque for 1st Place and $500.  I immediately walked over to Nancy and gave her a hug and told her thanks for being there and handed her the $500.  I had told myself when I entered the tournament a month ago that any proceeds earned would be donated regardless of the amount.  The tournament entries, sponsorships and raffle sales generated over $6000 to donate to the McDaniel family to help them offset some of the costs they are currently burdened with, so the $500 I donated I hope will only help them that much more.

In the end, some might say I was nuts for giving that large of a prize purse away, but I firmly believe that a benefit tournament should be just that - to benefit a worthy cause.  Maybe if we all felt that way, we could all start "getting hooked to beat cancer" and any number of other worthy benefits out there.

Posted by Hanover_Yakker at 6:36 PM